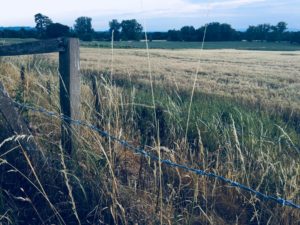 I’ve been spending a lot of time away from my home in Cornwall in the last month or so, up in the very lovely Cheshire and in the South West of France.  Whilst these areas are different in so many ways, they do have one thing in common, they’re all ‘rural’.  It got me to thinking (which I had plenty of time to do given the long travel times getting to and around these rural areas) – whatever happened to the whole urban vs. rural ‘thing’.

I say ‘thing’ because I’m not sure what it really is, other than the obvious and real differences in living, work and play.  I’m not going to list all of that here other than aspects such as population size, transport, environment, choice and cost factors – some positive, some negative.

It’s a debate that was once a ‘tour de force’ in UK economic development policy, but it seems to have gone a bit quiet of late.  There are many reasons for that I suppose, including the dominance of Brexit discussions and maybe even the introduction of ‘Powerhouses, Engines and Growth Corridors’ which blend urban and rural with a larger, branded geography.

But, if you look closely, the urban/rural dimension has been evident in the headlines of late.  In the last week, 3 stories caught my eye.

The first was the funding crisis at Northamptonshire County Council.  Although there are clearly deep-seated issues within the Council, I don’t think it’s any coincidence that this Council is in a rural shire where the costs of service delivery are greater than urban areas, where trying to secure investment from land and assets is more difficult to achieve and where on-going funding cuts and very few ‘deals with Government for growth’ are taking place.  The County Council Network’s Chairman, Kent County Council Leader Paul Carter explains in the BBC article that, ‘[S]hire counties face a triple whammy of funding reductions, rising demand for services and are the lowest-funded type of authority”.

The second ‘rural thing’ that caught my eye was the Cornwall ‘tourist overcrowding’ story.  Cornwall, with a population of around 535,000 swells to nearly 5 million each summer season. Admittedly, this is a special summer of heatwaves, but with almost a tenfold increase the Cornish infrastructure (from roads to waste to emergency services) creaks at the seams.  Here’s a rural location with no extra Government funding, no HS2, only 2 strategic highways (the A30 and A38 – neither of which are fully dualled) and an airport part subsidised by the local authority. Would an urban centre of nearly 5 million people be faced with an equivalent infrastructure?  Whilst this population increase isn’t year round, it certainly goes beyond the core summer months.  And, whilst there is of course an economic benefit to the Cornish economy from all the tourists – it is the taxpayers of Cornwall who invest in infrastructure, not through a more controversial ‘tourist tax’.

The final rural story concerns the controversy around building homes on land released from the green belt.  I reference this to highlight a point about housing – and the danger of our ‘green and pleasant’ rural areas adjacent to urban centres evolving into nothing more than dormitory towns and villages.  This is not a solution to achieve a prosperous rural economy.

In terms of Government thinking about the future of rural areas, well, there doesn’t appear to be very much. The recent DEFRA consultations are all about food, farming and the environment.  Those should NOT be confused with a rural economy.  In fact, in the key policy think piece which was out for consultation from February to May 2018, ‘The Future for Food, Farming and the Environment’ there was no mention at all of anything like a replacement for the current main investment programme for rural areas – the Rural Development Programme.  This programme, part funded by EU money, invests millions each year into key aspects of the rural economy from generic business development in rural areas to rural tourism.

The much promoted National Industrial Strategy has little in the way of targeted investment into the many potential economic opportunities for rural areas.  One could argue that much of the strategy is ‘place blind’ with its focus on Grand Challenges and Sector Deals.  Given that much of the country’s R&D capability and industrial focus is found within urban areas, it seems unlikely that there will be much in the way of scale of activity within the rural economy from this.  Of course, there’s the more obvious ‘food and drink’ reference, but rural economic potential must go beyond this if we are to encourage a long term, attractive living and working environment for our young people. There’s a £1.7bn new fund for ‘Transforming Cities’ – how great would it be to see a parallel investment in the transformation of our rural communities?

I agree that “regional cities…tend to be motors of growth” which is highlighted in the strategy, but surely it is time to realise a vision of the importance of our rural areas and communities for the future.  Technological innovation alone could revolutionise how we view our rural heartlands – the opportunity to rethink how we live and work in a sustainable way that complements the role of our towns and cities to offer a rounded approach to whatever economic landscape the UK finds itself in post March 2019 should surely add to the ‘Grand Challenges’ of our Industrial Strategy? We need a modern approach to the rural economy and rural communities fit for the 21stCentury.  Currently, we don’t have one.

Just to look at England for a moment.  54% of the UK’s total land mass is in England.  85% of England’s land area is officially classified as rural (that’s settlements below 10,000 people or open countryside).  9.3 million people (or 17.6% of the population) live in a rural area in England. That’s so much potential in just one part of the UK – and much of it is untapped.

Don’t get me wrong, some areas are absolutely grasping the nettle.  I’m very proud of the small part I played in the development of Cornwall’s space and satellite revolution (yes, I’m going to call it that).  It’s the very fact of Cornwall’s rural geography that gives it such an important competitive market advantage in this sector.  Investment in broadband has revolutionised how people live and work in many of the UK’s rural communities – and that can surely only continue.  Some of the most innovative approaches to healthcare (especially with our elderly population), energy use and creative industries are found in rural areas.  We could, and should, be doing so much more.

Our rural business community (of which I’m one) should be proud of how and where they do business. As technology continues to move forward, grasping the wider opportunities provided through this ability to connect globally should be at the forefront.  Fully appreciating  and capturing the excellence and critical role of our food and drink production and the capacity for renewable energy production in the country’s resilience must be better understood and enhanced.

Rural areas have a lot to be proud of and there’s more to give.  This isn’t about competing with urban areas for scarce resources – this is about complementing our towns and cities to make the whole of the UK greater than the sum of its parts, particularly as the country faces an uncertain global future.

I’m glad that the urban vs. rural ‘thing’ has gone a bit quiet. It’s old hat.  But, we need to start shouting louder about an urban-rural interdependency that makes our overall economic future more competitive and compelling – and that can only help to make the UK just a better place to be.

Here at ROTHWELL we are proud to work with businesses who are at the periphery and make technology sweat. Supporting business and places to increase their competitive position, particularly in rural areas, is our passion.  Contact us at hello@rothwellpoint.com